Where the Cannabis Industry Does Business 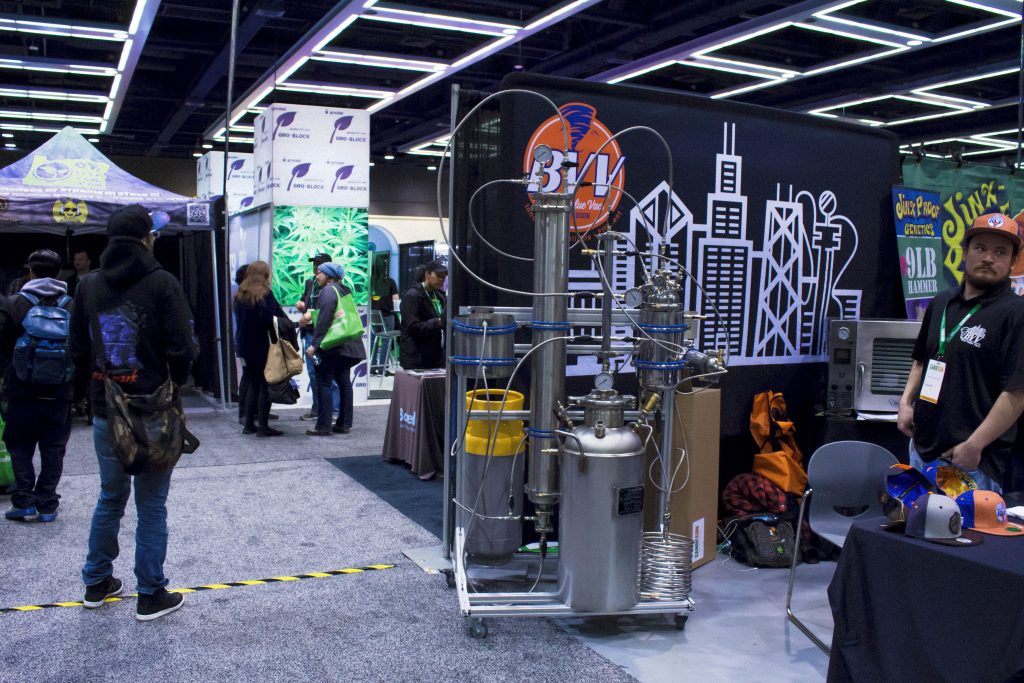 This time last week, CannaCon had just wrapped up its fifth year, leaving the industry buzzing with excitement from the multitude of connections made, the innovative products discovered, but my guess is it was mainly from the inspiring talk given by former President of Mexico, Vicente Fox, a cannabis advocate and leader looking to unite the North American region as one cannabis supermarket.

Although it was my first CannaCon, it certainly would not be my last. The industry truly has exploded, as this was the first year CannaCon was held at the Washington State Convention Center, and coming from days of medical, that seemed like a huge feat.

Inside, the expo was warm, bright and big, with a variety of interactive booths, informative seminars and lots of networking; connections being made locally within our state, continent and outward to the global stage.

In a speech that lasted nearly an hour on Friday morning, Vicente Fox addressed the crowd inviting them to come to the CannaMexico World Summit in May of 2019, as “participants; as sponsors, as exhibitors or any other characteristic that you can come with.” Former President of Mexico, Vicente Fox spoke at Seattle’s CannaCon, citing the migrant history our country has. “In the US, it’s a country of migrants, starting with (President) Washington..”

The summit will be held in Leon, Guanajuato, Mexico, and as Fox shared during his talk, this region of Mexico is a key place to where historically, the journey to independence from Spain took place. Now, it’s a space to begin the journey to independence from the war on drugs, so Guanajuato is very special and symbolic for the future, looking to modernize Mexico with this new legal economy.

Fox also discussed the violence occurring every day inside Mexican borders, stating that upwards of 80 children are killed daily due to drug-related violence. He hopes this will end with the legalization of cannabis, as he put out a plea to clean up the streets and lives of children and people living in Mexico.

The talk was focused on the inalienable rights we have as humans.

One very poignant part was when Fox stated that he wanted all drugs to be made legal.

“To me, drugs should be totally legalized. All of them. Each and every one of them. Why? Because of what I mentioned, based on ethical and moral values, we are driven free to make choices, to decide what’s good for us and what is not. Governments do not have the capacity or the reason why they should intervene in our behaviors and our conscience.” -Vicente Fox

Vicente Fox also did not fail to point out that the United States was founded by migrants. “Migrants are my heros,” he said. “That’s what migration is all about. It’s people who dream higher. It’s people in families that want to accomplish great things. People in families that want to build that better world, that we in THIS community, are building. That’s migration.”

“We all, in our background, have a migrant story to tell, that’s why migration is so enriching,” Fox continued.  Although here to discuss the future of cannabis, the discussion of humanity was close behind.

Inviting us with open arms, Fox hopes that all who came to CannaCon would be present next year in Mexico.

“It’s key that we consider this industry. This is one of the last frontiers of prohibition. And we all know prohibition doesn’t work.  Prohibitions and walls, fail. Like the Chinese Wall, the Berlin Wall, prohibitions have been posed and failed, like alcohol, so we must keep pushing and keep resisting.” -Vicente Fox

Vicente Fox called to our community, “We need your leadership!”

I have to agree. With so many strong, smart and driven individuals, our community is filled with skilled agents of change. I urge all who care about cannabis freedom and advocacy to unite in this movement for an open market industry throughout our continent and the world, making sure that cannabis and its wealth of opportunities can reach those who need it most.

Your source of calm