Amsterdam: The Vegas of Europe

Amsterdam: The Vegas of Europe 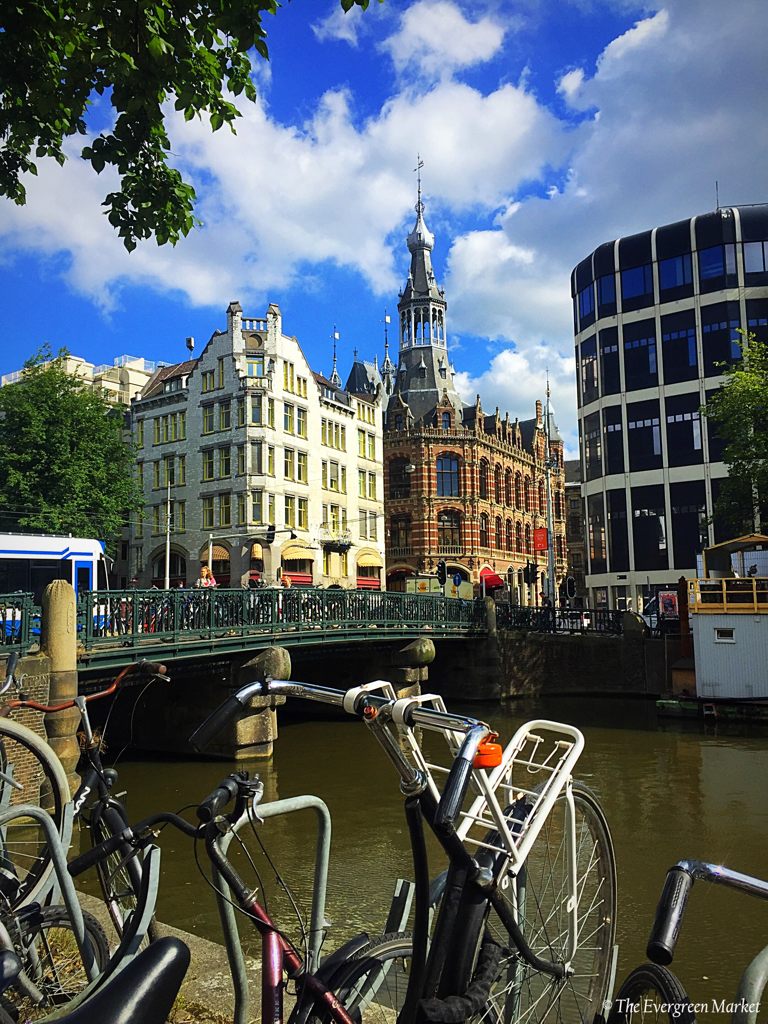 Upon arriving at the Amsterdam Central station via train from Schiphol Airport, my nose led the way to my first coffee shop, Kadinsky. Coffeeshops in Amsterdam are not like they are in America. Their first plan of business is to sell “soft drugs” as they are categorized here; such as cannabis and hashish. This change came about in the 1970’s when there was a growing problem with heroin use in the nation, especially in Amsterdam.  To redirect resources to fight the real problem, the Opium Act of 1976 created a separation between “hard drugs” such as heroin and “soft drugs” like cannabis. This followed a 1972 study entitled “Touwtrekken om hennep” or “Hemp Tug of War,” concluding that responsible use of cannabis and hashish was possible, especially when compared to alcohol and tobacco.

Allowing the government and authorities to direct funds to fight crime and drug smugglers, provided more help for rehabilitation,  and it would seem that the Dutch model of tolerant use would be near perfection. Unfortunately, there is much grey area under which the coffee shops operate. The law states that as long as coffee shop follow specific guidelines, the authorities allow them to stay open. These guidelines include: Not selling more than 5 grams to any one person, Not having more than 500 grams total in stock, No selling hard drugs, No selling soft drugs to minors, No advertising soft drugs, May not be a nuisance in community and Cannot be within 250-meter radius of a school. The Evergreen Market mingling with Amnesia Haze and some Amsterdam hash

But the law is also firm on growing and its illegality within the country. People can grow up to 5 plants for personal use but without any industrial or professional means, and if found, the plants are confiscated. The law does not allow for legal sale and distribution of flower to coffee shops, so in essence the stores break the law every day, as it remains a “mystery” where their products come from. But my time in Amsterdam started in a funny way. I arrived from London to a pot oasis, a place where it’s legal as long as you are 18 years old with a valid ID.

Most of Europe is known for their spliffs- joints rolled with tobacco as well as bud. But here you can also find a variety of exotic hashish from India or Morocco. Patrons are allowed to enjoy their purchases inside the establishment as long as a drink is purchased. But with grams costing on average between 10-20 euros, and beverages around 3-5 euros, this ends up being a pretty expensive outing to smoke a joint. But a novelty experience needed to be tried at least once!

I decided to get the name that stood out most for me on the menu- White Russian. Ten euros later I was walking out the shop with my first gram of purchased Dutch marijuana, directed by the bud tender to smoke in their cafe if I wanted, since there was more space than the pretty occupied and cave like shop we currently stood in.  As I started to walk out I suddenly heard in a very European accent “do you have dabs?”

The Budtender stared back in confusion at the blonde tourist. Dabs are an American invention we can say, so knowing dabs can only really be found in America, I clued in this tourist. He had lived in the Caribbean and must have tried it being so close to US. But they had none of this in Amsterdam, so we bonded over a joint of White Russia. The canals of Amsterdam

Men and families come from across Europe, and around the world, to party and celebrate here. Youth come to get high for the first time. Although legal since 1976, the cannabis culture experienced in this metropolis was very different from what I expected. Shops didn’t open until the 1980’s after laws about how they could operate came about. Many coffee shops I visited the first few days seemed to function like the McDonalds of weed, with the “get them in, get them out’ mentality and service: little interaction or concierge service and very fast-paced. Other places were just downright rude.

Yet, a select few coffee shops stand out as being the ones to visit, relax and connect with fellow connoisseurs and travelers, about herbs from around the world and stories of places visited. The festive decorations at Katsu coffee shop in Amsterdam

Katsu, a coffeeshop recommended to me by an Instagram user (@dailyextractions – THANK YOU!) proved to be my favorite on this trip.

Located out the outskirts of the city center near a farmers market, the neighborhood is called “The Pijp,” and this shop was the paradise I had been searching for.

As soon as I entered, I felt the rasta vibes of “One Love.” This was the first coffee shop that I experienced with the energy I had been searching for. People here were friendly, available and patient. The customers were kind, engaging, and in a way, like a family you had never met. Not everybody interacted with each other directly, but everyone looked you in the eye and smiled. This felt like home to me. Spreading the Weed Snob gear around the world!

What I expected coming to the first place to decriminalize cannabis was a land of the Weed Snob. I was expecting the most beautiful nugs I had ever seen, connoisseurs left and right and an energy that was undeniable. What I got was a little more disappointing. If I compare this city to Vegas, it’s easy to understand why I didn’t connect with it very much. Vegas is as a party destination, not my favorite city to frequent. People rarely go to Vegas by themselves, and even though Im great talking with strangers, I found many who flocked here were not looking to mingle or make friends. They were here to party; smoke weed, enjoy the Red Light District and kinda keep to themselves in their sinful delights. Amsterdam might also drain your wallet!

Although it may have been a slight disappoint, similar to a child being told his favorite hero isn’t real, it was a beautiful thing to see cannabis so normalized, and integrated into society. The best take away is shown in the history of this country and the reclassification of cannabis. They beat a terrible problem, while understanding the importance of redefining what the real issue was in their society, to create a better community for all. My journey started at The Evergreen Market, and led me to the Katsu Coffeeshop. Amsterdam had some good corners to journey to..